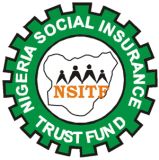 In a letter dated July 1, 2020 and addressed to Mr Adebayo Somefun, managing director of NSITF, Ngige said President Muhammadu Buhari had approved the suspension of the management over “misappropriation and other gross misconduct”.

Somefun was instructed to hand over to the most senior official in the board, and face a panel that would investigate procurement dealings of the agency from 2017 to 2020.

But reacting in a statement on Thursday, NSITF said president has not given such a directive.

“We wish to state that Mr Buhari has not suspended the management of NSITF and has not made any such announcement, anywhere,” the statement read.

“For clarity, we received a letter from Minister of Labour and Employment, Ngige, stating that he is carrying out a procurement audit of NSITF, and that Management is suspended.

“We had noted that the Minister’s action is against Buhari’s directive, through Secretary to the Government of the Federations that no minister should suspend, or purport to sack any head of agency appointed by the president.

“The memo stressed that ministers should follow laid down procedures, by going through the governing board of the agencies, to make recommendations to the SGF, ahead of any action, if necessary.

“We respect the president’s commitment to due process, and are assured we shall be protected by it. Meanwhile, NSITF management remains open to any form of investigation by the appropriate agencies, as it has nothing to hide.”

NSITF said it had received many letters and petitions from the minister and that it would make communication available to the public and relevant authorities, if necessary.

It added that “management of NSITF is still discharging its duties, as appointed by Mr President, and we ask all stakeholders to remain calm and focus, as all is well.”

In May, Mr Boss Mustapha, secretary to the government of the federation (SGF), had also said ministers can’t remove head of agencies.

Despite Covid-19 induced closed borders, the US continues to deport Nigerians, Ghanaians, other Africans

A family's $35bn fortune evaporates in a blink

Bad news: Scientists think a coronavirus vaccine might not work for one huge group of people

How man is fearfully and wonderfully made (The soul) - Kola Oyefeso

10 ways sleep can change your life

The world can still be destroyed in a flash - Editorial, NYT

Pneumonia is indicated in many Covid-19 cases. This is what to know about this illness

United States advises citizens against traveling to many states in Nigeria

Lagos reviews downward land use charges. There are the new rates

Study shows having an abundance mindset raises your IQ by 13 points. This is how it works

4 critical lessons for anyone new to leadership

‘FIRS has stolen our stamps, ideas,’ NIPOST cries out

Another former NNPC GMD is dead

Ondo State: Now that the primaries are over... (2) - Bola Bolawole

How to persuade someone in 50 words or less