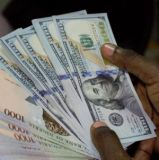 A banking analyst at Moody’s, Mr Peter Mushangwe, said, “Lower dollar inflows at a time when foreign currency borrowing will likely be more expensive for Nigerian banks will strain their foreign currency funding, despite substantial improvements compared to 2016.

According to the report, dollar shortages will intensify over the next 12-18 months if low oil prices persist, rekindling the foreign-currency liquidity crisis that led to severe dollar rationing during the last oil price crash in 2015-2017.

It, however, added that different from three years ago, Moody’s rated banks were in better shape as they had bolstered their dollar deposit bases and liquid assets.

“Nevertheless, they remain vulnerable to an acute liquidity crunch if dollar deposits reduce by 20 per cent or more,” the report added.

According to Moody’s, foreign-currency availability will continue to tighten.

It said the lower dollar revenue from exports of oil, volatile foreign investment flows and reduced remittances from Nigerians working abroad would constrain dollar flows into the banking system for the remainder of 2020 and in 2021.

“Already, in the last quarter of 2019, annual foreign-currency deposit growth slowed sharply to eight per cent, from 24 per cent and 35 per cent in the two previous quarters respectively,” it said.

The report said foreign-currency borrowing would be more expensive at a time when banks had to refinance almost half of their borrowings.

It added that about 49 per cent of banks’ $7bn foreign-currency borrowings was maturing in the next 12 to 18 months, creating funding pressure amid slowing dollar deposit flows and likely higher market funding costs.

Despite Covid-19 induced closed borders, the US continues to deport Nigerians, Ghanaians, other Africans

A family's $35bn fortune evaporates in a blink

Bad news: Scientists think a coronavirus vaccine might not work for one huge group of people

How man is fearfully and wonderfully made (The soul) - Kola Oyefeso

10 ways sleep can change your life

The world can still be destroyed in a flash - Editorial, NYT

Pneumonia is indicated in many Covid-19 cases. This is what to know about this illness

United States advises citizens against traveling to many states in Nigeria

Lagos reviews downward land use charges. There are the new rates

Study shows having an abundance mindset raises your IQ by 13 points. This is how it works

4 critical lessons for anyone new to leadership

‘FIRS has stolen our stamps, ideas,’ NIPOST cries out

Another former NNPC GMD is dead

Ondo State: Now that the primaries are over... (2) - Bola Bolawole

How to persuade someone in 50 words or less