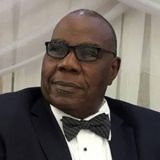 We are continuing with what we ended up with last week, but primarily, I wish to appreciate the encouraging feedbacks from the recipients of the discourse. Furthermore, I feel inclined to react to Mr George Anabs, who wrote all the way from Port Harcourt to wit;

“Your message of 25th of March was sent to me with your phone number by a friend and for desired effects,I deemed it expedient to react to you directly as follows;

"Your discourse rightly captured our situation in the world without proffering any solution to them. I hope subsequent

ones will give direction on the way out. Thanks for your efforts all the same”

I thank Anabs for his prodding and would hasten to explain that the problem with most of the sermons we generally listen to, stems from the fact that the speaker or teacher tends to assume a lot.They often talk above the heads of their audience. This fellow seeker after the Truth Absolute had made it known ab initio, that my discourse is not from any holier-than-thou perspectives. After all, we are all looking at the world with colored glasses, although some glasses appear darker than the others.

By the same token, there inheres a subtle challenge to the priestly class to challenge or prove wrong any of my postulations.

The aim really is to juxtapose my understanding with that of the readers, with a view to stoking the fire of better understanding from the reactions of the readers. Albeit; My approach is to start off with the effects of our actions in this world, upon which we will take up the cause, before going about the solution. My message last week should therefore be taken as the effects of our actions, while this week,I will be discussing the cause.

Going forward, we are all relatively miserable in the phenomenal world because we have let go the Hand of the Lord. There is no lasting peace or happiness for any of us, until we are able to constantly be in touch with our Creator. For now, it seems we have equated the Supreme Lord to a Doctor that is only useful to us when we are sick. A Lawyer that is needed when we have a case in the court of law, or even a mere mechanic whose relevance is limited to the time we are having issues with our vehicles.

We appear to have missed the vital understanding that the Lord must be in our life every moment.This is having regard to the circumstances we have found ourselves in this world where there is no third force. Brusquely put, we are either with the Lord or Satan whom Jesus referred to in John 14 vs 10 as the prince of the world in the following manner;

"I will not speak with you much longer,for the prince of the world is coming,and he has no claim on me"

In a state of forgetfulness, we could inadvertently make the prince of the world to have claim on us, once we fail to realize that the Supreme Lord is the very core of our being and in God, we live. Without HIM, we live rudderlessly without achieving the purpose of descending into the earthly plane. In John 1 vs 1-4, I quote;

The same Word is the Creative Energy of the Supreme Lord. The Word creates,sustains the creation and only through which Word, we can return to the Abode of the Supreme Lord from, where we were banished eons of time past, in our morbid ambition to explore the created. It goes without saying that if the Creator withdraws this Creative Word of His from the creation, everything shall cease to exist instanter. It is the Lord only that will remain, as in the beginning, when the Lord was all alone to Himself, before projecting Himself outwardly to start the Creation. This is a subject for another day.

Meanwhile, if unquestionably the Word of God, which is not exclusive to any religion,sect, sentient and the insentient beings is the underlying SOURCE of our existence, how could we expect to be truly happy, if are not in constant touch with this primal Entity?

We are thus compared to a child that followed his parent to a fair. At the fair, the child holding the parent’s hand or having the parent in view was fascinated by the lightings,the games, the candies and all the thrills the fair has to offer. The child continued to think all the funs he was experiencing were coming from the fair. We could ordinarily clap for such warped assumption of course!!!

Now we are to imagine what will be the situation,if by happenstance the child lets go the hand of the parent,or he doesn't have the parent in view any longer? The child will at once be miserable. All the attractions which the child erstwhile thought were his source of joy were still there, but they have all become unexciting and repulsive to the child,simply for letting go the hands of the parent.

This sounds like our plight in this world. In the fairs of the earthly field, no true and lasting happiness for humans until we rejoin, or are in constant touch with our First Cause. Curtly put, this scenario represents the predicament of every living being including this writer, perhaps with very very few exceptions.

In other words, the cause of our inability to find a lasting peace in anything external lies in our having  let go the Hand of our Creator. The truth of the matter is that all humans are imperceptibly souls. Being inherently pure soul and part and parcel of the Divinity that we are, the soul can never find any lasting happiness in anything beneath it. Unarguably, everything physical and in the external phenomenal world are perishable but the soul is not. Ipso facto, they are all inferior to Divinity. Our souls, being of Divinity therefore can not find enduring peace in all the things we are occupying our lives with in this world.

WHAT THEN IS THE WAY OUT?

To dwell on the way out, the gift of clear thinking becomes a sine-qua-non. That is, the ability to use our boon of a discerning mind. With clear thinking, we will come to the awareness that Man is both a terrestrial and celestial being combined. That is saying Man is both Godlike and earthly bound. We are all here on the errands of the Supreme Lord, but instead of devoting ourselves to the one Mission of the Supreme Lord, we are busy trying to climb a social tree and trying to leave indelible footprints in the sands of time.

Some would doltishly say; "We have seen this world,who has seen the next" With a view to not making this discourse too lengthy, since humans generally have no qualms spending hours on end in watching worldly pastimes, such as football, golf, movies and all that,while we hardly have time for God, I will cap this week's message with an anecdote that seems to depict our predicament in this world. The narrative goes thus:

"An average individual is compared to a servant who was sent to a foreign land on an errand of a King. Just one errand. Nothing else! On reaching the foreign land, the servant did so many wonderful things, but the King’s errand he neglected.

My Lord, the foreign land you sent me to is a wonderful place. I had good time. I married and had children. My responsibility increased and I had to open a shop. As the servant wanted to continue the King stopped him in a fit of rage asking him, what about my message idiot? The servant at this juncture in utter regret murmured my Lord I forgot!!!

The anger of the King at this moment knew no bounds.

Menacingly ,the King upbraided the servant thus: I sent you to a foreign land for just an errand, you arrived at the place and got yourself enmeshed in the paraphernalia packaged to palliate your stay in the foreign land, but the ONE MISSION of mine you forgot. The servant gnashed his teeth in utter despair, and the King then cursed the Servant; "You will be punished and sent back to that foreign land. There will be no rest for you until you fulfill that MISSION of mine"

The King in the narrative is our God and the servant the worldly man/woman,while the sole MISSION is our devotion to the Lord. It is the only thing that will indubitably avail on the day of reckoning.

This illustration explains how we have continued the coming and going in the wheel of transmigration-the wheel of birth and death, death and birth in an endless cycle. If we are still hardput to it about thinking outside the box, we could assist our bewilderment by reading the Bible where the Messiah Himself hinted at reincarnation in Matthew 17 vs 10-13 on quote:

"His disciples asked him,saying;Why then did the scribes say Elijah must come first?

Jesus answered and said to them, Indeed Elijah is coming first and will restore all things.

But I say to you Elijah has come already and they did not know him, but did to him whatever they wished…… Then the disciples understood that He spoke to them about John the Baptist.

If unsatisfied yet, we will do well to inquire from our forebears the meaning of Yoruba ”Abiku” or Ogbanje in Ibo language. Both names were tagged to babies or children that died repeatedly at infancy. Riled by those babies,our forebears were known to inflict marks on such babies anytime they died prior to being buried. What is not arguable and which science has no explanation for, was that, those Abiku or Ogbanje were witnessed to have returned to the same parents with marks of previous births. Hardly do we have any family that didn't have this experience.

We can ponder over this poser till I come your way DV next week.

Let us continue to stay safe with our households please.

4 reasons why the call to reopen churches goes beyond politics

Africa's Muslims celebrate Eid in the shadow of Covid-19

In quest for the true religion (1) - Kola Oyefeso

Lockdowns are costing us. It’s time to be sma

Why kids have a favorite parent

How to build a life: Four rules for identifying your life’s work

Here’s why you need humor to have a healthy brain

Lagos generates more IGR than 26 states combined. This is what each state collects

Sallah is Sunday as no moon sighted in Nigeria - Sultan

Don’t come to visit me for Sallah, Buhari tells Nigerians

Why interest rates are so high in Africa

‘Not wearing masks in Hong Kong is like not wearing pants’

‘In sickness and in health’: Using face masks and sanitizer, couples say ‘I do’

The science of gossip (and why everyone does it)

Nigeria’s economy may contract up to 8.9 percent - FG

Inflation on the rise for the eighth month in April - NBS

Despite depressed economic outlook, investors rush to Nigeria. Here’s why

A family found nearly $1m in cash in the middle of the road. This is how it happened

Making the best of a post-pandemic world - Dani Rodrik

Flexible, remote working likely to be new normal after virus

Can air conditioning spread Covid-19? Here’s what the experts say

Lagos doctors go on strike over treatment by police during lockdown

The pandemic has only exposed the suicidal tendencies of capitalism: Noam Chomsky

FG’s agency to slash workers’ salaries from May

Elections in Africa: The pandemic offers cover for ballot-dodgers

The race to replace a dying neoliberalism is on. As of now, the Right-Wing is ahead

Over 80% of businesses adversely affected by coronavirus lockdown - Survey

Bandits get helicopter air cover as they attack Niger communities