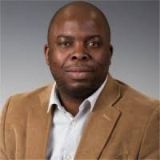 Giving credence to the conspiracy theories of people like Mr Femi Fani-kayode is distracting from what Nigeria leaders and rich elites should learn from the COVID-19 pandemic.

First of all, Fani-Kayode knows very little about science. Even with his knowledge of history, one expects him to know that there was a similar Flu Pandemic in 1918-1919 (a century ago). It was called Spanish Flu, and over 500 million people (33% of the World Population then) were infected, and between 20 to 30 million people were killed by the virus. Was the Spanish Flu of 1918 an Illuminati agenda too? Was that pandemic an agenda to control the world? Was there no story about the signs of the end time in the Bible then?

As a Christain myself, and a Scientist, I believe every disease is NOT of God and that was why God created a man with a natural Immune System to fight everything strange to the body system until either it can no longer fight or it kills the foreign matters.

For instance, as it stands now, about 185,377 people who were infected with COVID-19 have recovered without any treatment. Their natural immune systems developed what is called antibodies against the infection. While those whose immune system (mostly aged people or those who have medical histories, or lifestyles that have battered their immune system) cannot fight the virus hard enough have died because there is no cure yet. It is the same immune system in the body that can make people who have undergone organ transplants to reject the foreign organs (even when various tests have been done to ensure the organs are appropriate for them). The irony is that the drugs they give them to prevent organ rejection have an adverse effect on their immune system. Physicians or medical professionals can say more about this.

Fani-Kayode spoke about 5G and Artificial Intelligence as things cultivated by Satanic agents from the pit of hell. He is damned wrong, and this shows his poor understanding of the progression of scientific invention. As a Christain, I know that God has endowed human beings with knowledge and wisdom to make inventions for the common good. Unfortunately, inventions come with some negative implications too, and that is how nature has been working for ages. However, it is wrong to label 5G and Artificial Intelligence inventions as being evil because you are in a part of the world where scientific inventions of these kinds are not yet common.

Were not for the modern scientific inventions, that are making life easier daily, politicians and rich elites like him in Nigeria will not be running after public money and taking undue advantage of the system to buy the best comforts (latest cars, powerful phones, modern houses, first-class healthcare overseas, first-class education for their children abroad, etc) for themselves?

He said "they" (I do not know who he was referring to as they) "want to get rid of the whole concept of the nation-state, create a globalized world, establish a new world order........." . What Fani-Kayode and Nigerian political and rich elites like him do not understand is that some nations, especially in Africa are just merely existing in name; they are already subject to the world order of higher nations controlling them due to the greed and selfishness of the political leaders of those nations.

For instance, the Nigerian nation can NOT do anything meaningful by itself. Even the God-given crude oil she has, she can not refine locally for her consumption. Since 1958 when the crude was discovered, Nigeria still depends on the foreign nation to get refined products to her populace.

As we speak ordinary face-mask isn’t being produced in Nigeria. I read somewhere that Oyo State Governor, Mr Seyi Makinde made a reference to Czech Republic where they made an emergency law that anyone who wants to go out of his/her home should wear a face mask. Makinde, without giving thoughts to how those masks were made, is already thinking of how he would ask local tailors to make masks for the people of Oyo State in large quantities! That is how myopic and silly our politicians can be. I am very sure an industrial Engineer Makinde (not a Gov Makinde) would understand that a local tailor cannot make hygienically standard facd masks, like the ones in the Czech Republic.

I do not have time to address all of Fani-Kayode's conspiracy theories one after the other. However, much as I know that the Bible talks about signs of the end time, the signs have always been with us, and those signs should encourage everyone to move closer to God and do good to others as image of God, be ye a Christain or a Muslim or a Traditional Worshipper. We all believe in the existence of Olodumare (the highest God).

If there are some people somewhere, whom Fani-Kayode referred to as agents of evil who want to control the world and reduce the world population, then they would have focused on the politically and scientifically less organized Africa, where they can easily sell the vaccines (since they can not make one). Not China, the USA or the UK, etc.

The Nigerian political and rich elites like Fani-Kayode should rather learn to build our Nigerian systems to be less dependent on the western/advanced world. And this can only be done by their good examples. For instance, many of them are now donating for an emergency response to COVID-19, and this tells me they can build standard world-class hospitals, fully equipped with the latest medical instruments and materials, and staffed with highly trained and well-paid Nigerian Doctors, Nurses, Laboratory Scientists, etc. They should learn that they DO NOT need to depend on foreign countries for their healthcare. Now, if any of them should have a critical health issue, it will be difficult to fly abroad to receive healthcare during this COVID-19 pandemic.

This is how a nation that will grow to become advanced should be thinking during a challenging time like this, not about useless conspiracy theories to scare people.

Wrote from the USA.

4 reasons why the call to reopen churches goes beyond politics

Africa's Muslims celebrate Eid in the shadow of Covid-19

In quest for the true religion (1) - Kola Oyefeso

Lockdowns are costing us. It’s time to be sma

Why kids have a favorite parent

How to build a life: Four rules for identifying your life’s work

Here’s why you need humor to have a healthy brain

Lagos generates more IGR than 26 states combined. This is what each state collects

Sallah is Sunday as no moon sighted in Nigeria - Sultan

Don’t come to visit me for Sallah, Buhari tells Nigerians

Why interest rates are so high in Africa

‘Not wearing masks in Hong Kong is like not wearing pants’

‘In sickness and in health’: Using face masks and sanitizer, couples say ‘I do’

The science of gossip (and why everyone does it)

Nigeria’s economy may contract up to 8.9 percent - FG

Inflation on the rise for the eighth month in April - NBS

Despite depressed economic outlook, investors rush to Nigeria. Here’s why

A family found nearly $1m in cash in the middle of the road. This is how it happened

Making the best of a post-pandemic world - Dani Rodrik

Flexible, remote working likely to be new normal after virus

Can air conditioning spread Covid-19? Here’s what the experts say

Lagos doctors go on strike over treatment by police during lockdown

The pandemic has only exposed the suicidal tendencies of capitalism: Noam Chomsky

FG’s agency to slash workers’ salaries from May

Elections in Africa: The pandemic offers cover for ballot-dodgers

The race to replace a dying neoliberalism is on. As of now, the Right-Wing is ahead

Over 80% of businesses adversely affected by coronavirus lockdown - Survey

Bandits get helicopter air cover as they attack Niger communities