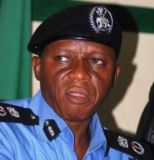 AIG in charge of Zone XI of Nigeria Police Force comprising Ondo, Osun and Oyo state, Mr Adeleye Oyebade, has reportedly been posted to National Institute for Policy and Strategic Studies (NIPSS), Kuru, Jos as “a directing staff” – a euphemism for “from the field, where you command troops, to the classroom or office where you stand in front of blackboard or sit behind a desk” Oyebade was replaced by Mr Bashir Makama.

Meanings have been read into the new postings, especially as it came immediately after the pro-Amotekun rallies which held in South-west states under Oyebade’s jurisdiction. Recall that the Lagos rally was not allowed to hold. Rallies and protests are essential ingredients of democracy; so Oyebade did nothing wrong by not aborting the pro-Amotekun rallies, in the event that he even had the means or opportunity to do so.

The rallies were peaceful and they were in exercise of the fundamental human rights of the people as free citizens of a free country. Except we are being told that some of us are no longer free citizens and that this country is no more a free country. We operate a democracy – except we are now being told that this is not so and that we are in full-blown dictatorship and or creeping fascism.

A childhood friend that I respect so much told me he knew Oyebade closely and has spoken to him on his new posting and that the AIG saw nothing wrong with it. Therefore, my friend thinks there should be no insinuations concerning the posting. In reply, I asked him what else he expected Oyebade to have said. The man is still in active service and must be careful. All lizards lie prostrate; how, then, can we determine the one that has stomach ache? Besides, what good will it do if he sings like canary? For him, this is an occasion when silence is golden.

But not for us! We live in this country; we are not Mariners who, because of a long period of absence out at sea, can be told all manner of bunkum. “Aje ke l’ana, omo ku l’oni”...who does not know that the witch that cried yesterday was the one that killed the child that died today? They were too much in haste they could not allow fresh air to blow on the matter before yanking off the man. They must have been really, really infuriated.

Those who warned that the anti-Amotekun FG will fight back – and fight dirty – may be right, after all! The explanation by the police spokesperson that Oyebade was moved to the classroom because he is cerebral flies in the face of logic. So it is those who are not cerebral that should man command posts?

The powers-that-be should have been more circumspect but their impunity will not let them. They have got accustomed to riding roughshod over everyone that they cannot be bothered any more. Who will arrest them? What can anyone do to them? They can do and undo! The haste with which they acted was ungodly and speaks volumes, which cannot be hidden or papered over. And the replacement they chose for Oyebade was something else! This is the kind on unfeeling, insensitivity, I-don’t care-attitude, lack of respect for others that is tearing this country apart.

We put them on notice that Nigerians are watching and recording every atrocity! South-west governors especially should take note. It is Oyebade today; who next tomorrow? Wasn’t the fear of reprisal the real reason some of the governors could not initially identify openly with Amotekun? And wasn’t that why some other leaders spoke appeasement and tepidly when they should have displayed masculinity?

The evidence or facts surrounding Oyebade’s new posting are too circumstantial to be treated as mere happenstance.

El-Rufai states why presidency should go South in 2023

Bandits impose curfew on Niger communities, demand petrol as ransom for those kidnapped