CAN tackles Sultan, insists Christians are persecuted in Nigeria 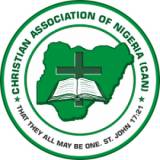 Christian Association of Nigeria has again dismissed claims by Sultan of Sokoto, Mr Sa’ad Abubakar III, that Christians are not under any form of persecution in the country.

The Sultan, had at a recent event marking the closing of the 77th annual Islamic Vacation Course in Kano, denied that Christians were being persecuted in the country

Abubakar said if such persecution really existed, it was supposed to have been tabled at the Interfaith Forum which he co-chairs with CAN President, Mr Samson Ayokunle.

But speaking in Jos on Friday, Chairman of CAN in 19 northern states and Abuja, Mr Yakubu Pam, expressed shock at the position of Sultan on the matter.

Pam said it would have been better for the revered cleric to be silent on some issues instead of making comments that ran contrary to the reality on the ground.

He insisted that Christians in Nigeria were suffering persecution in different areas including political, economic and physically.

Pam said, “It is all over the country. I quite appreciate that Muslims are relating with Christians in the country and vice versa.

“But the truth is that Christians are being persecuted in Nigeria physically, politically and economically by extremist Muslims who are out to cause pains and make things difficult for Christians.

“They molest Christians and deny them certain political opportunities on the basis of their faith. There are places that the Christians are not being given Certificate of Occupancy to erect buildings. Then we have the issue of Boko Haram who are targeting Christians for molestation and killing. As we speak, many Christians including Leah Sharibu are still being held hostage by the terrorists because of the faith they profess. If that is not persecution, then what is it?

“There are other terrible experiences which Nigerian Christians are going through in the hands of their Muslim brothers. We are not saying that all the Muslims are doing the same but it is unfortunate that the extremists among them have continued to carry on in this manner.

“So, I do not see what the Sultan is seeing that made him to make the statement attributed to him, although sometimes one may say so many things and some people may decide to pick on just one. But If I were him, I would just excuse myself from making comments on certain issues instead of saying that there is no persecution of Christians in Nigeria which is not true.”

El-Rufai states why presidency should go South in 2023

Bandits impose curfew on Niger communities, demand petrol as ransom for those kidnapped